Freed to Love, Freed by Love

Posted on June 25, 2019 by pastorrebeccagraham 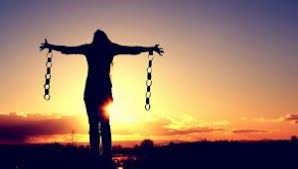 Looking at, and thinking about today’s gospel, I think we have problems with it, on several levels.

First, we have demon possession, and that means that we need to acknowledge the role and the existence of demons in the bible. Something we’re willing to entertain for purposes of entertainment, but really, not for much else.

Second would be the presence and the destruction of a herd of pigs. Pigs don’t come under the list of kosher foods, so that means that Jesus isn’t talking to, healing, or moving among those who are Jewish, today.

And third, then, would be the fear that lives in these verses, today.

We are able to find fear in the demons, who give Jesus a collective name instead of individual names by which he would be able to banish them to hell.

And then there is the fear of those in the “region of the Gerasenes, which is across the lake from Galilee.” (Lk 8:26) There is a lot of fear at the coming of the Messiah, the “Son of the Most High God.” to this Gentile side of the lake. (Lk 8:28b)

And, we can see all of this, in today’s gospel.

So, demons and pigs aside, I thought we’d look at the fear we find in these verses.

And in looking at fear, as a concept, it’s interesting to note how we so easily become accustomed to, even comfortable with living with fear, of allowing fear to influence absolutely every aspect of our lives in its insidious fashion.

And we are able to see this level of fear in today’s gospel, as well. We see it in the guards with the possessed man, whose job is, primarily to keep the man away from the mainstream community, secondly, to keep him from hurting himself. “Many times [the demon possession] had seized him, and though he was chained hand and foot and kept under guard, he had broken his chains and had been driven by the demon into solitary places.” (Lk 8:29b)

When I was recently in Toronto, I would walk around the neighbourhood I was staying in, and would admire architecture, renovations, gardens, etc. of the homes I passed. One house had a sign that said “Neighbourhood watch. We will call the police.” And this amazes me as much as the fences and locks and gates of the inner city neighbourhoods of Chicago, south of the university still have the ability to amaze me.

We can see this pervasive sense of fear in the actions and the words of the demons, themselves, in today’s gospel. “28 When [the man possessed by demons] saw Jesus, he cried out and fell at his feet, shouting at the top of his voice, “What do you want with me, Jesus, Son of the Most High God? I beg you, don’t torture me!” (Lk 8:28)

But even when Jesus frees the man from the demon possession, we find fear rather than rejoicing in the healing of the man. “36 Those who had seen it told the people how the demon-possessed man had been cured. 37 Then all the people of the region of the Gerasenes asked Jesus to leave them, because they were overcome with fear.” (Lk 8:36-37a)

But for all of this fear, and we’re able to identify with the fear we see, there is also hope and the love of God for all people.

After all, Jesus heals the man, alright it was at the cost of a herd of pigs, but that can be laid at the feet of the demons, really.

But once the man is healed, once he’s in his right mind, and found “sitting at Jesus’ feet, dressed and in his right mind; [the townsfolk] were afraid. 36 Those who had seen it told the people how the demon-possessed man had been cured.” (Lk 8:35b-36)

And this isn’t a fly by night cure. This isn’t a ‘snake oil salesman’ out to make a buck and the demons will be back. Rather this is the Son of the Most High God, whose presence is announced by fearful demons, who has cured the man; who has returned him to his right mind, and who teaches him what he needs to know about the love of God, of which the demons are afraid.

In today’s gospel, Jesus shows us how to overcome fear with love, but at the same time, how that love will sometimes be slow to overtake the fear that has so rooted itself in our lives and in our hearts.

Jesus’ love, God’s love is able to overcome fear, but like the relocation of the demons, moving the fear from place to place doesn’t always work out for the best. It’s only when we allow God’s love to fill our lives, so that there is no room for fear, that the fear of the world is able to be finally displaced from our lives.

It’s only when Jesus’ teachings take root in our lives and hearts that there is no way of the fear to return. And then all that’s left to do is to share the love and the teachings. And like the man, freed from the demon possession, we are able to, and encouraged to “39 “Return home and tell how much God has done for you.” So the man went away and told all over town how much Jesus had done for him.” (Lk 8:39)

Yes, there is fear in today’s gospel, but there is also love. What we need to ask ourselves, as we walk out the door, today, and renter the world around us, is which will we take with us: the fear? Or the love?

Which will we live to the world around us?

The man who is freed, he found Jesus, and because of that, his heart embraces the freedom of the love of God and is able to be a witness to that freeing love, that is available to all of humanity.

So then, how will we live this commission in and to the world around us? How will we overcome the fear that pervades our lives and our society, to embrace the love that is all around us?

“27 When Jesus stepped ashore, he was met by a demon-possessed man from the town. For a long time this man had not worn clothes or lived in a house, but had lived in the tombs. 28 When he saw Jesus, he cried out and fell at his feet, shouting at the top of his voice, “What do you want with me, Jesus, Son of the Most High God? I beg you, don’t torture me!” 29 For Jesus had commanded the impure spirit to come out of the man. Many times it had seized him, and though he was chained hand and foot and kept under guard, he had broken his chains and had been driven by the demon into solitary places.” (Lk 8:27-29)

So, Jesus did that. He freed the man from possession by a legion of demons, and in reply, the man wished only to follow Jesus.

“38 The man from whom the demons had gone out begged to go with him, but Jesus sent him away, saying, 39 “Return home and tell how much God has done for you.” So the man went away and told all over town how much Jesus had done for him.” (Lk 8:38-39)

We might have fear, or fears in our lives. After all, our society has many ways to ensure that that we are aware of the fear that exists in the world.

Rather God’s love, Jesus teachings, the guidance of the Holy Spirit is available for each one of us, no matter our heritage, our home, our ethnicity, or any other way we are able to divide and define the world around us.

When we live in fear, then fear rules over our lives. Jesus’ love has no fear, no conditions, and it is all encompassing.

Instead, Jesus heals, teaches, loves and encourages. The people of the community have stated their fear of what Jesus is capable of accomplishing, so Jesus sends a missionary to them who they recognize.

And today Jesus gives us an example of how to carry this message of God’s love, Jesus teachings and the guidance of the Holy Spirit into the world around us.

Sure, there’s fear. But love is far stronger than we are able to imagine, and it’s that love that we carry; it’s that light that we bring to the dark places, because Jesus sends us out “saying, 39 “Return home and tell how much God has done for you.”” (Lk 8:39a)