Posted on April 13, 2019 by pastorrebeccagraham 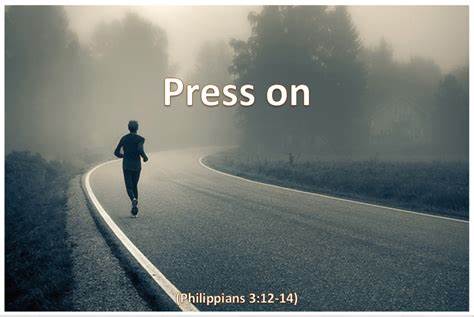 Creator God,
you prepare a new way in the wilderness
and water the desert.
Help us to recognize your hand
working miracles beyond our imagining.
Open our hearts to be transformed
by the new thing you are doing,
so that our lives may proclaim
the extravagance of your love for all,
and its presence in Jesus Christ. Amen.
__________________________________

I wonder, what is it that holds us back from knowing, experiencing the resurrection of Christ? From joining Paul in his desire to “know the power of his resurrection.” (Phi 3:10a)

In his letter to the Philippians, Paul reminds us, today, that what we’ve accomplished in the past, really, has no bearing on the future of our lives of faith; and may, in fact, hold us back from realizing or attaining the glory of God in and through each of our own lives.

He tells us: “But one thing I do: Forgetting what is behind and straining toward what is ahead, 14 I press on toward the goal to win the prize for which God has called me heavenward in Christ Jesus.” (Phi 3:13b-14)

He’s calling each one of us to a complete reorientation within each of our lives, that will put God above the resume offerings and the societal jockeying for position that we see, still today, and may have been the source of these words to the Philippians, today.

And the timing of todays passages is significant in and for each one of our lives, as we near the end of the season of Lent, as we approach the shadow of the cross where Jesus died for you and for me.

Yet at the same time we realize that for, the most part, society all around us no longer remembers what Lent is, or what it’s about in our lives of faith.

So, this realization, then, this awareness that being a people of faith, being the children of God is becoming less and less a marker of our mainstream society. And this means that we are in a position to better understand Paul, his mission to the Gentiles, and the lives of the fledgling communities that he established throughout the Roman Empire.

In his letters, we see Paul laying the foundations of what we call the Christian community in those first decades, but doing this in territory that doesn’t understand, much less comprehend worshipping a single God who loves and desires to be a part of our lives, forever.

So, this community at Philippi, like the rest of the communities Paul has founded throughout the Roman Empire, are filled with good law-abiding citizens who look out for their neighbour, instead of kowtowing to a litany of gods, for whatever reasons or intentions.

And, today we see Paul laying his faith before his credentials. We see him take his list of accomplishments, the parts of his life that set him apart for special service, for special consideration, before he encountered Christ; we see him lay them on the line and openly declare that they are not able to help him to minster to God’s people as he is now called to serve.

In fact, he almost sees them as a stumbling block, pointing out to us that it is our lives of faith that help us to help each other. Its our willingness to emulate Christ that helps us to help our neighbour in need, not a resume filled with accomplishments, and pedigree. Paul calls this “confidence in the flesh” (Phi 3:4b)

I’m reminded of a scene in the movie Grey Owl (1999), when, after a successful tour of Europe, this renowned conservationalist is told that the leaders of the local tribal communities will hear him speak, in Toronto.

In his European tour, Grey Owl, aka Archey Belaney, presented himself as an indigenous person concerned with conservation issues. When he spoke in Toronto, he, in the midst of his talk about the environment and our impact on it, he stripped away the persona he had adopted, and made part of his own to reveal the man who he truly was, beneath it all.

After the lecture, the leaders of the local communities find him, and tell him that he has dreamed well, because he put the care of creation and all that is in it ahead of the European demand for furs and physical resources upon which the foundation of Canada was based.

Similarly, in his words, today, Paul also admits that his desire, that each of our desires, as members of the body of Christ, is to get to know Christ better than we do today. After all, we’re at a disadvantage in such a conversation, in such a journey of discovery because God, Christ, the Holy Spirit already knows each one of us, intimately.

Paul then, encourages us to not only better lives lived in and through Christ, but to also long to get to know the Son of God, the Son of Man better than we do today.

He tells us: “8 What is more, I consider everything a loss because of the surpassing worth of knowing Christ Jesus my Lord, for whose sake I have lost all things. I consider them garbage, that I may gain Christ 9 and be found in him, not having a righteousness of my own that comes from the law, but that which is through faith in Christ—the righteousness that comes from God on the basis of faith.” (Phi 3:8-9)

And this is a complete reorientation from the way that the world sees itself, operates in its global gang mentality that looks more at ‘party line’ than it does at justice and righteous action on behalf of all, but especially for those who cannot defend themselves.

So, today we see Paul openly declare that he wishes he’d made different choices in his past, but at the same time, acknowledging that it was the choices he made that have brought him here, today.

And we can identify with such a stance within our own lives, as well.

Where have we made decisions in and for each of our lives, that on the surface helped us to take a step forward, but in reality, was one of the worst decisions we could have made?

Now, how did, how is God turning such an experience, that seemed so negative, today, to a blessing to you and for others in and through your life?

Because it is these things, the passion the crucifixion and the resurrection that bring us into God’s presence, that enables God to be active in our lives, as we are urged to be active in the world around us, and for the care of all creation.

Now, I know that we are unable to know the will of God, in and for our lives, much less for the whole of creation. But at the same time we are able to get to know Christ better because we have the gospels, we have the teachings and the examples of Christ, not just for the lives of those in the first century Roman Empire, or in Israel at that same time, but for each one of us, today, and tomorrow, as well.

And looking at those gospels we see that even the disciples of the day didn’t fully understand what was happening, nor did they openly welcome the crucifixion as the way that their sins, our sins, and the sins of those in the future, are alleviated, forgiven, wiped clean by the death of Christ, and by his rising from the grave.

And this is where we find Paul, and we find his encouragement in and for our lives, as well.

We find him putting Christ’s actions, Christ’s sacrifice above his own accomplishments.

We find Paul desiring to understand, better, God’s action in and for his life, the salvific action of the cross, and the steps that led to and through that action for all who believe, for all of humanity.

“7 But whatever were gains to me I now consider loss for the sake of Christ. 8 What is more, I consider everything a loss because of the surpassing worth of knowing Christ Jesus my Lord, for whose sake I have lost all things.” (Phi 3:7-8a)

At the same time, we find Paul each of us in this same journey of discovery. It’s like looking for a lost earring on a shag carpet. More than one set of eyes finds different aspects, different interpretations, different points of view than the one initiating the search.

In the end we find what we’re looing for, whether that’s an earring on a shag carpet, or a better understanding of the means by which God breaks down the barriers between humanity and God, so that God may be an active part of each of our lives, every day.

Paul tells us, reminds us: “10 I want to know Christ—yes, to know the power of his resurrection and participation in his sufferings, becoming like him in his death, 11 and so, somehow, attaining to the resurrection from the dead.
12 Not that I have already obtained all this, or have already arrived at my goal, but I press on to take hold of that for which Christ Jesus took hold of me.” (Phi 3: 10-12)

And this is where we, equally find ourselves, although we may forget that this is the focus of our search.

So, then we have Paul’s challenge to better know Christ, to better understand his actions for each one of us that led him painfully to and through the cross.

In this we are encouraged to grow in love and faith toward God and toward each other, as we are loved by God, yesterday, today, and tomorrow.